Cosmonauts on the Moon is a multiple screen music/video event that uses traditional orchestral instruments to tell the story of Natalija, a journalist for Pravda who has been given the job of reporting on the Russian Manned Moon program.

Natalija is ordered by the Kremlin to interview engineer Mishin about the upcoming Manned Russian moon program for “Pravda”. She is told  off the record about the problems with the N1 rocket, namely the instability of the booster system, reliant as it is on the 30 engines at its base, so many that failure in one will destroy the vehicle as a whole.

She watches as (on the screens) each of the four attempts to launch an N1 fail; during the second launch attempt the N1 rocket crashed back onto its launch pad shortly after liftoff and explodes, resulting in one of the largest artificial non-nuclear explosions in human history.

Eventually the political pressures to launch the N1 before it was ready technically were partly responsible for the failure of the program, along with the success of the American moon effort in 1969. The Apollo moon program was kept secret from the Russian population.

The Russians spent 4 billion rubles on their moon program, according to Mishin, compared to the USA which spent 23 billion.

SAT. 11/8: MOON FAILS + VIRTUAL BOYS + TRANSFORMERS PRE-MAKE +
The second of our GENRE-X sessions is on failed or corrupted initiatives into new technologies, and the fabulous mise-en-scenes that result. David Cox’ lofty Soviet Moon Fails is in fact a latter-day operetta about the doomed USSR lunar-landing program, with orchestration, twin screens, and John Smalley as lead baritone! CO-BILLED: Kevin B. Lee’s Transformers: The Pre-Make, a genius digital deconstruction of blockbuster-fandom-via-social-media. ALSO: Andre Perkowski’s Virtual Boys, on the new trend of consumer VR headsets, the third of the 20-min. premieres above. PLUS: Shanna Maurizi in person with her Late Night with Carl Sagan, Soda_Jerk’s new cyber-feminist Undaddy Mainframe, Aaron Zegher’s Conspiracy, Megan Prelinger’s Rockets of Yesterday, Jordan Belson’s space oddity, and The Numbers Stations Mystery! Mini-heli in the house!! $6.66 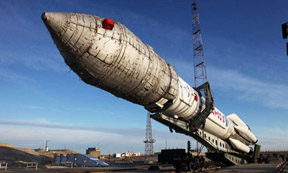